Selling Skills Tip: Can You Get Better At Selling?

Can you get better at selling?

That’s the biggest question, that’s been the story of my life. And I have been helping thousands and thousands of people get better at selling.

What are some of the pre-conditions that would allow anyone to get better at selling, here it is:

“You got to want to get better at selling”

You’ve got to want to get better at selling.

Now, I know some people will say: “Some individuals have it more in them to sell than others”. And don’t let that bother you.

Don’t let that bother you because if you really want, you can develop the knowledge and skills to achieve anything you want in life.

Now, I do perfectly understand that there are certain individuals that might have more inner talent, that can accelerate their success in a certain field.

Yet, I’m going to share with you a small story about a person who’s very dear to me, who is my son.

Now my son Alex is very, very talented today. But it wasn’t like that when he was growing up. He was a bit uncoordinated. He was not as fast as his brother.

And when Alex would draw, or when Alex does exercise, it just wasn’t, it wasn’t as flawless and some of the other children around.

Well, then one day Alex decided to learn the guitar.

And deep inside of my I’m thinking: “No way he’s going to be able to coordinate that”.

But to my surprise, Alex stuck with one thing to learn the guitar. And he was able to play the guitar within a month.

When I came and saw him after the month I asked him: “Well, you know, teach me how you’re doing it”.

He blew my mind.

Now, Alex became really, really good at playing the guitar. I remember him coming and saying nine months into his journey he goes: “Dad, I’m living a dream”.

“I just got accepted at the school band”.

Now, that’s a kid that really didn’t have the capability to be that coordinated, at least according to my beliefs, according to what I was observing, shame on me as his father, right.

And once you decide on that reason, then you simply decide: Well, which aspect of selling today is holding you back? Is it prospecting, is it presenting, is it building rapport? What is it, is it getting commitment from the clients?

Once you know what it is that you want to improve upon?

You want to simply; find the books, find the people, ask what other people have done to achieve success.

And you can do the same as well.

Until next time; sell more, sell faster and profitably. 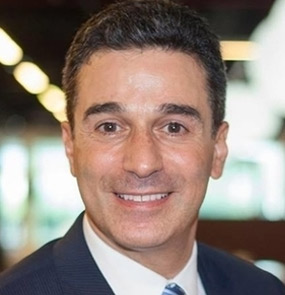